Recovery of the wreckage of the Vickers Wellington in Nieuwe Niedorp

Recovery of the wreckage of the Vickers Wellington in Nieuwe Niedorp

The Czech Ambassador to the Netherlands Kateřina Sequensová visited on June 3, 2021 the Dutch Nieuwe Niedorp, near which work began on the recovery of a Vickers Wellington 1c T2990 bomber of the British Royal Air Force (RAF) shot down on June 23, 1941. The wreck of the aircraft probably contains the remains of 5 members of the Czech crew. Ambassador Sequensová also met the mayor of the municipality of Hollands Kroon, Mrs. Rian van Dam and members of Dutch army forces – the recovery team.

More than 5,500 airplanes were lost in the Netherlands during the Second World War. Thirty to fifty of these airplane wrecks are likely to contain remains in the ground. The National Airplane Recovery Program was launched in 2019. The aim of the program is to give a grave to missing pilots and to give their relatives certainty about the fate of their family members. 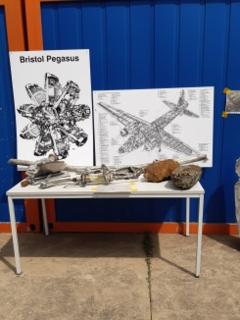 The airplane the type Vickers Wellington 1c T2990 of the RAF was a bomber that was mainly used at night. In the night of June 22-23, 1941, 6 Czech crew members took off in this airplane for a bomb attack on Bremen, Germany. On its way back, to its home base in England, the airplane was shot at by a German night fighter. The airplane crashed into the Kostverlorenpolder, on the plot at Kanaalweg 5 in Nieuwe Niedorp, the Netherlands. 1 of the 6 crew members survived the crash and was then captured by the Germans. No trace could be found of the five remaining crew members. They were believed to have died in the burning airplane that bore itself several meters into the ground. 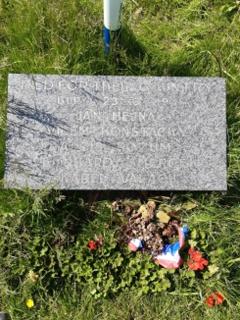 You can find more about the members of the crew here (PDF, 321 KB): 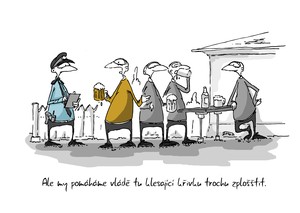